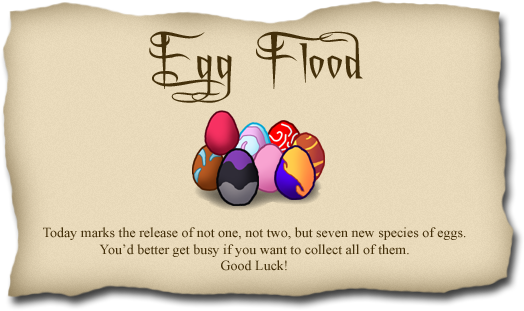 The Egg Flood release occurred on April 22, 2009, and included the dragons found in this category. This was the largest single release the cave had ever experienced, and still holds the record for the largest number of dragons released in the cave at once. Because of this, as well as the title of TJ's news thread, this drop is often referred to as "The Flood".

While seven breeds were released in the Egg Flood, eight eggs appear on the release banner. The extra egg was not from a released breed, but the fake "XD" egg.