Originating from a single species that thrived in ancient times, Xenowyrms have become an incredibly diverse breed whose appearances vary depending on their habitats. Each Xenowyrm subspecies is heavily reliant on the power of different types of mana, making them powerful magic users. Aso dwell in the frigid waters of the far north and south, and are occasionally spotted near tundra shores and iceflows. Their isolated homes of choice suit their tendancies towards small family groups or being solitary. Their bodies are so cold they nearly instantly freeze anything they come in contact with, be it water or living creature. Over time, the ice that breaks off their bodies as they move forms into glaciers they use as lairs. The older an Aso is, the larger their frozen abode.

Xenowyrms are capable of producing any Xenowyrm variety when bred. Which variety will be produced is influenced by the Xenowyrm parent's variety and the biome of a non-Xenowyrm partner.[1] 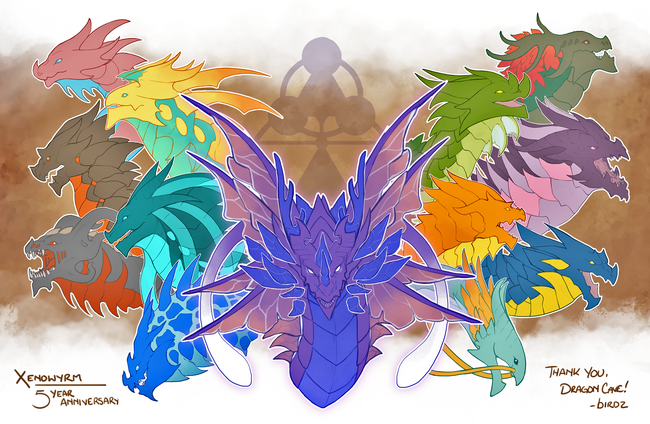