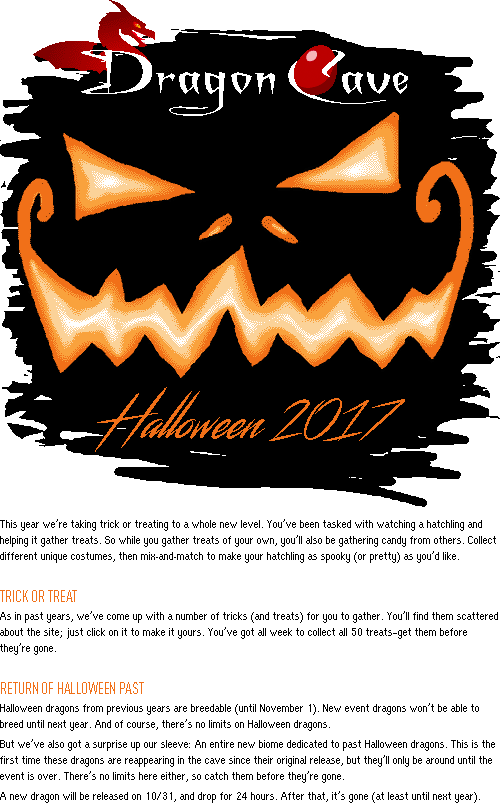 Every five to fifteen minutes, a special trick or treat will appear on the next page. When clicked, a little pumpkin bucket will appear at the top of your scroll (if you didn't have one already from previous year's events), and you can click on it to see the tricks and treats you have collected. See here for more information.

If the pumpkin bucket was obtained in one of the previous Trick or Treat events, the new tricks and treats are placed in there together with the ones from previous years, separated by a spooky border with the newly caught sprites beneath it. If members couldn't participate in the event from previous years, they have the chance to get a pumpkin bucket badge by joining the new Trick or Treat event in 2016. Hovering your cursor over the badge gives a message saying "2010 Trick-or-Treat"; this is the standard message for everyone's badge regardless of the year obtained, as the site recycles 2010's pumpkin badge for each new year's event.

This year there are 50 tricks and treats to be collected in total:

As they appear in the pumpkin bucket

Artist Credits for Tricks and Treats

Halloween Trick or Treating
It’s time for trick-or-treating—only this time, you have an unexpected visitor...

Players are given the choice of 8 Halloween breed hatchlings, from which they will pick one to keep for the duration of the event. Once a hatchling has been selected, players are then able to dress up their hatchling, get candy or access the Store to buy new outfits (store unlocks on Day 2 of the event).

Special Note: Some issues have been found on-site regarding certain dress up outfits not showing for users. If this is happening to you, refreshing your browser's cache will fix this. On Windows, this is done by Ctrl + F5. Those on Mac will vary depending on the browser they use- with most, this can be found in the Settings menu. 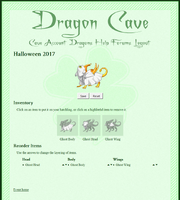 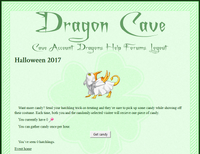 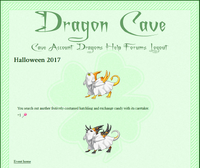 In the Get Candy menu, players can send their hatchling to collect a piece of candy once every hour. When doing so, the player and a randomly-selected visitee will recieve one piece of candy; the dressed up hatchling of that visitee will then be visible on the player's Get Candy page, along with a tally of how many hatchlings they have seen. If a player is the visitee to another player, then a piece of candy from the interaction is automatically added to their account and the hatchling that visited is shown on their Get Candy page (which also updates the tally on how many hatchlings they have seen). Each dragon visible on the Get Candy page contains a link to the dressed up dragon's own page (which will also show the owner's scroll name), if the scroll owner has allowed their scroll to be publicly viewable.

In the Dress Up menu, players are able to access their inventory of items and then use them to dress their hatchling in different ways. Players can layer on multiple items that pertain a hatchling body part, and re-arrange how they display using the re-ordering menu below the inventory menu. By default, the Ghost outfit is available in the player's inventory when first starting. On Day 2, the Store page opened up, revealing a section where players can trade candy for new outfits. Each new day sees the release of a new outfit(s) both in the store and to the player's inventory: 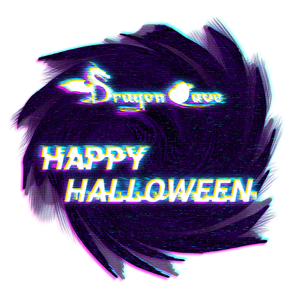 To be added here.

Previous Halloween dragons are able to breed and produce Halloween eggs. Go to the Abandoned Page to catch some of the former Halloween eggs. The breeding period will start on October 25th and last for a week to November 1st.

For the first time on Dragon Cave, previous year's Halloween dragons are now available to be caught as Cave-Born eggs from their own unique biome. There are no scroll limits, however this biome will disappear at the end of the event. On the dragon's View page, their biome is listed as "Cave".

Retrieved from "https://dragcave.fandom.com/wiki/Currently_Being_Released?oldid=82835"
Community content is available under CC-BY-SA unless otherwise noted.